Marks & Spencer formally changes the guard when chief executive Marc Bolland hands over the reins to Steve Rowe on April 2. 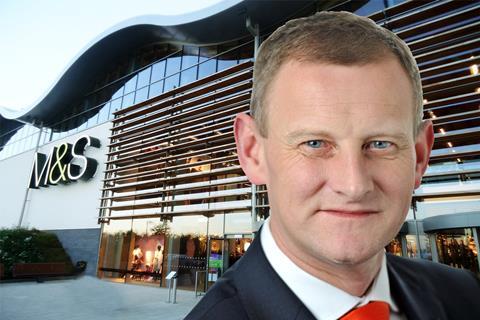 Bolland is standing down almost six years after his appointment in May 2010.

Rowe originally joined M&S in 1989 and has held a variety of roles at the high street institution, becoming general merchandise director in July last year.

A former director of retail at M&S, Rowe went on to take on responsibility for ecommerce as well as stores, and in 2012 was appointed head of the retailer’s strongly performing food division.

It is the performance of general merchandise, however – in particular women’s clothing – that Rowe will be expected to address after a sustained period of underperformance.

While Bolland is credited with much-needed changes to M&S’s supply chain infrastructure, the development of multichannel capabilities and a sustained strong showing in food, he was unable to turbo-charge the under-pressure general merchandise arm.

Rowe takes over as M&S prepares to update on fourth-quarter trading on April 7. However, he is not expected to reveal his strategic plans until at least May 25 when the retailer posts full-year results.

Broker Nomura expects M&S to post a general merchandise like-for-like sales decline of up to 3.5% for the fourth quarter.

“Weak Kantar data for periods including much of February for both fashion and food drove a lurch down in the share price in mid-March.

“These woes have been compounded by the gloomy outlook from Next.”

Catch up on all of our coverage of Marks & Spencer’s new boss, by clicking on the links in the box below: