Bolland: M&S beat the market in a tough quarter for fashion 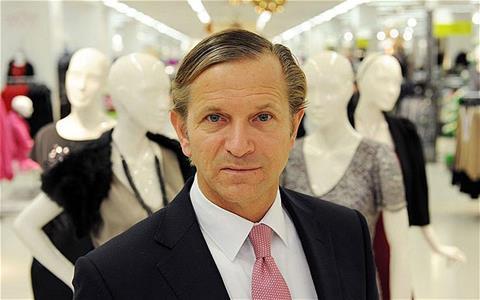 Marks & Spencer chief executive Bolland said that the sales trend in the first month of the quarter, April, was more like that in the previous quarter when the retailer celebrated a return to like-for-like growth in general merchandise.

He said that during the cool May and promotional June that followed, Marks & Spencer has fared much better than rivals.

Bolland said that although M&S’s general merchandise sales edged down 0.4% in the first quarter, that was still ahead of expectations. The consensus had been for a 0.7% decline.

He said that in comparison with the BDO findings “we’ve done quite a bit better” and that shoppers “didn’t turn to others, they embraced the offers that we had out there”.

Although M&S responded to the increased level of promotions in the market in June, it remained focused on full-price sales and reaffirmed that it would deliver an improvement in full-year gross margin of between 150 and 200 basis points.

Bolland said that M&S’s performance was helped by its online business, where sales during the quarter climbed 38.7% against a soft comparative period last year following the troubled relaunch of its website.

“If we had not turned around dotcom the numbers [in the first quarter] could have been very different,” Bolland said.