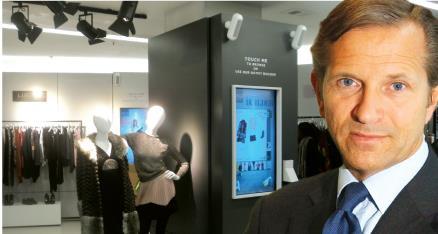 Like Tesco and Sainsbury’s, M&S has taken the knife to space growth plans and will open less new footage in the next few years than planned.

When M&S chief executive Marc Bolland outlined his strategic plan in November 2010 he envisaged 3% space growth a year after M&S had “lagged” others.

Although the rate of growth will remain at 3% this year, it will be cut to 2.5% next and there will be “a further reduction thereafter”. Last year the retailer added 2.7%, bring ing its UK selling area to 16 million sq ft – the 136,000 sq ft Westfield Stratford City store alone accounted for almost a third of that increase.

Bolland said that the right balance between stores and online must be struck: “We need to make sure that the footprint across the UK is right. We are looking very selectively where to put down new stores.”

The retailer insisted, however, that “physical space will continue to play an important role”. In late August, M&S will open a 150,000 sq ft store at Cheshire Oaks.

M&S has been bolstering its multichannel offer with in-store web initiatives including an interactive e-boutique. The retailer added that 40% of orders made using the multichannel Shop Your Way service are now collected from shops. Altogether M&S’s multichannel sales rose 18% last year to £559m.

Multichannel growth was one of the bright spots in M&S’s results. In the light of tough trading conditions Bolland cut the group sales growth target over three years from between £1.5bn and £2.5bn to between £1.1bn and £1.7bn.

Bolland maintained: “We are still on track with multichannel and international. Where we are falling short is in the UK. Not because our stores are not performing – the economy is not allowing us to grow much faster.”

Panmure analyst Jean Roche observed M&S management “is striking a less bullish tone” and said of the change to space growth plans: “This is partly a response to the popularity of online shopping but reflects lower levels of confidence.”