Walmart will acquire Jet.com for $3bn as it targets 'faster' online growth

Walmart has agreed to acquire online retailer Jet.com for around $3bn (£2.25bn) as the US titan seeks to bolster its ecommerce proposition. 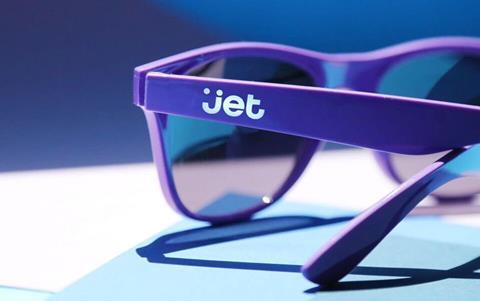 Jet.com pledges to offer consumers lower prices than any competitor

The world’s biggest retailer said the acquisition will “position the company for even faster ecommerce growth in the future by expanding customer reach and adding new capabilities.”

The deal, which will also see Walmart pay an additional $300m in shares to Jet.com stakeholders, is set to be completed by the end of the calendar year, subject to regulatory approval.

Walmart unveiled details of the acquisition just days after reports emerged that it was eyeing a bid for the etailer.

It comes after Walmart chief executive Doug McMillon told shareholders at the company’s AGM in June that the retailer would become more aggressive in the drive to expand its online and digital offer.

The Asda owner completed the rollout of Walmart Pay earlier this summer, offering customers a smartphone payment alternative to Apple Pay across its US store estate.

Walmart is also making strides to increase the number of products it sells through its own website and is bidding to take on Amazon Prime after launching the ShippingPass two-day delivery subscription service.

Jet.com, which pledges to offer lower prices to shoppers than any of its competitors, is still largely unproven having only been founded by Marc Lore, also its chief executive, in July last year.

But more than 4 million consumers are already using the platform and its rapid top-line growth hit $1bn (£760,000) in sales in less than a year.

Walmart’s ecommerce performance has stalled recently, but online accounts for about 3% of its overall revenues.

“We believe the acquisition of Jet accelerates our progress across these priorities.

“Walmart.com will grow faster, the seamless shopping experience we’re pursuing will happen quicker, and we’ll enable the Jet brand to be even more successful in a shorter period of time.”

Lore added: “The combination of Walmart’s retail expertise, purchasing scale, sourcing capabilities, distribution footprint, and digital assets – together with the team, technology and business we have built here at Jet – will allow us to deliver more value to customers.”