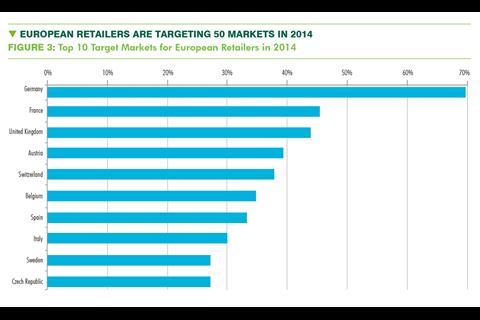 Germany topped European retailers’ wish-lists for the next 12 months 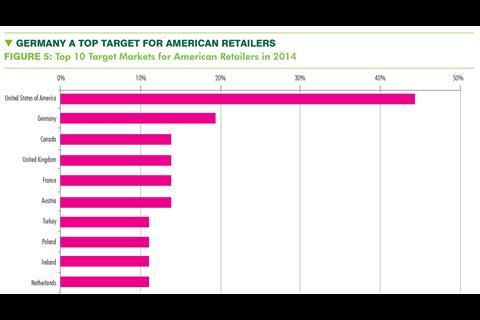 Almost half of US retailers surveyed said they were planning to add 40 or more stores over the next year, with Germany topping the list of overseas markets

International retailers are showing renewed confidence and an increasing appetite for expansion, with the US leading the way.

Over a third of global retailers said that they had plans to add 40 or more stores to their portfolios in the next 12 months, according to CBRE’s How Active are Retailers Globally? survey.

The most active sectors are set to be mid-range fashion and value fashion, according to the findings.

Almost half of US retailers surveyed said they were planning to add 40 or more stores over the next year. Germany topped the list of target markets, with 19% of US brands looking to open a store there, compared to 14% who said that the UK was on their radar.

Germany also topped global retailers’ wish-lists for the next 12 months, with 40% of all companies responding to the survey saying they plan to open a store in the market. France came second and the UK was the third most popular market [see graphic].

CBRE head of cross-border retail Peter Gold said: “An upturn in consumer confidence and renewed vigour in the global retailer community has put large scale expansion firmly back on the agenda. While the pace of international growth has slowed in recent years, retailers are making clear their intention to materially invest in their store networks throughout 2014.

“Their preference for a wide range of markets highlights the continued importance of cross-border growth”.