The Lego Group has revealed plans to build a new two-floor flagship store in central London as it ups its retail presence globally.

The 5,420 sq ft store, its 37th shop in Europe, will be at the Swiss Court redevelopment on Leicester Square. It is due to open “late” this year.

A spokeswoman declined to disclose the predicted total spend on building the store.

Lego has 13 UK stores, including two in London – at Westfield Stratford and Westfield Shepherd’s Bush.

The new London store lays bare the group’s retail ambitions after it recently opened stores in Paris and a flagship for Asia in Shanghai.

He added: “We are confident that the Lego Store, Leicester Square, will realise this and provide residents of and visitors to central London with a must-see destination in a unique environment.”

Staff are being recruited now for the London store, which is expected to have around 45 permanent employees. 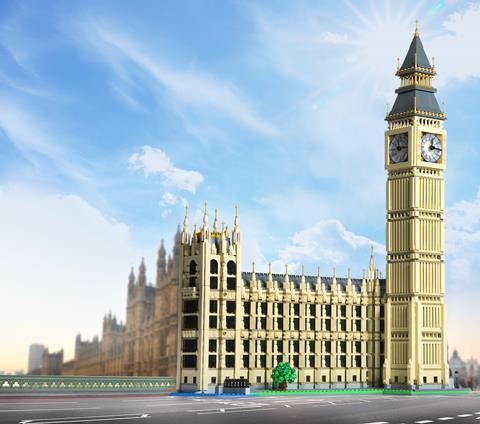 To mark the launch, the group has developed a scale copy of Big Ben and the Parliament buildings.