Karstadt to shed stores and staff as sales woes continue

Struggling German department store Karstadt will close six of its sites and could make up to 3,000 staff members redundant. 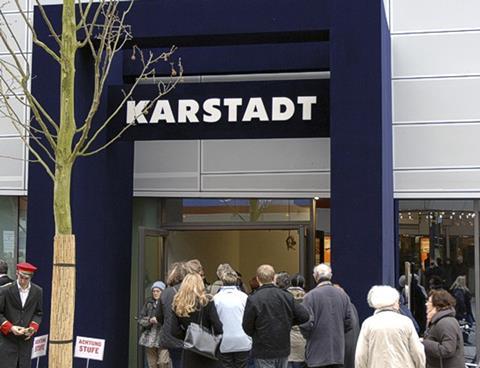 German newspaper Handelsblatt is reporting the potential job losses, higher than the original 2,000 Karstadt said could be cut when it confirmed the planned closure of six of its stores at the end of October.

Karstadt announced that it would be closing stores in Hamburg, Stuttgart, Paderborn, Göttingen, Cologne and Frankfurt, all of which will cease trading by June next year.

The announcement followed a tumultuous few weeks for the retailer in which it has appointed a new chief executive, Stephan Fanderl, who previously headed up the retailer’s supervisory board.

There have also been reports that Karstadt management has been in talks with Metro AG, the owner of rival department store chain Kaufhof, to merge the chain into its operations. Metro, commenting at the end of October, confirmed that talks had taken place but said that these were only preliminary.

Metro was first linked with a potential buyout in the summer, but ruled out a deal. Karstadt was subsequently bought in August by Austrian investor Rene Benko for a token sum of €1.

The retailer was bought out of administration by German billionaire Nicolas Berggruen in 2010 after it collapsed in 2009.