Research from Barclays shows how m-commerce will become an ever more integral part of retail in years to come. 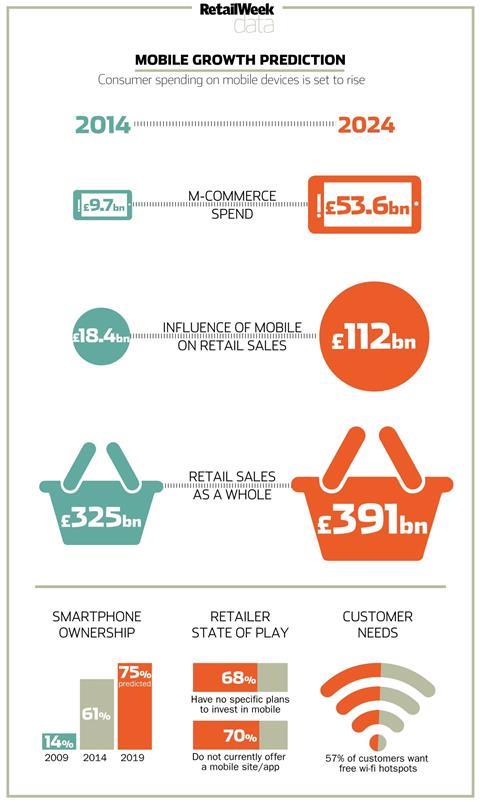 The influence of mobile on retail is set to soar over the coming decade.Transactions on mobile devices are expected to increase five-fold in the next decade, according to research from Barclays.

That growth will come against a backdrop of slower growth across total retail sales. In 2014 the value of retail sales in the UK hit £325bn and Barclays expects that will increase 8.1% to £391bn by 2024.

Barclays managing director and head of retail and wholesale Richard Lowe says: “While it may be premature to sound the death knell for desktops and laptops, nearly half of consumers claim to be shopping far less on these devices thanks to mobile.

“With new gadgets and gizmos such as the Apple Watch, this trend will inevitably gain momentum.”

The Capgemini IMRG e-Retail Sales Index found that online sales growth slowed each month during the first quarter of 2015. However, growth was driven by mobile sales, which in March rose 9% on the previous month and 46% on March 2014.