Following a weak performance this year, the grocer is concentrating on its core strengths. 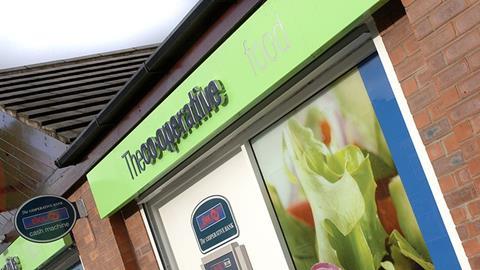 The Co-operative Group enjoys a distinct place in the supermarket sector because of its ethical stance and its local sensibilities, but where next for the convenience grocer in the post-Somerfield era?

Although The Co-op’s Somerfield acquisition gave it a big increase in market share – which stands at 6.8% – it is worth remembering that in the 1950s the co-operative movement collectively claimed more than 30% of grocery market share through 900 separate local societies, which is comparable to Tesco’s share now.

However, that collective structure also hindered co-operative retailers’ growth, as smaller failing chains pulled down the performance of the group. Eventually many of the separate retail chains were merged together with the wholesale arm to form The Co-operative Group in April 2000, resulting in a more streamlined organisation.

In 2002 it looked for acquisitions to bolster its growth, acquiring struggling convenience store Alldays for £133m and adding 600 stores to its estate.

Despite the acquisition, Co-op found itself battling for share as the supermarkets expanded aggressively into convenience.

Subsequently, Co-op eyed further growth through acquisitions, and in 2008 set about perhaps its most important move of the past 10 years. The deal to buy Somerfield was originally set up in mid-2008 and was completed following an investigation by the competition authorities that resulted in Co-op agreeing to dispose of 133 stores where both it and Somerfield had stores covering a local catchment area.

The deal was completed for £1.6bn in February 2009 and gave Co-op further clout in the small supermarket segment.

However, the grocer’s performance has weakened this year. For the 26 weeks to July 2, Co-op reported group underlying operating profit fell from £308.1m to £275.1m, while underlying profit before payments to members fell from £262.3m to £230.8m.

Group sales including VAT fell from £6.95bn to £6.89bn while like-for-like sales in the food business were down 3.6%.

The grocer’s web offer is not as strong as some of its rivals – it still does not sell food online – and growth has slowed in recent years.

Despite the decline in sales, Retail Week Knowledge Bank flags up the positive customer response to new, more attractive branding, a better format and a stronger range.

Its pharmacy business remains a core player as number three in the market. The retailer’s ethical stance continues to chime with customers despite higher prices against the poor economic climate. The challenges include fending off competition in the convenience retailing sector. Clearly there is still work to be done.