B&M is the chain more than any other that our contacts have remarked that they have begun to notice, but about which they know very little. 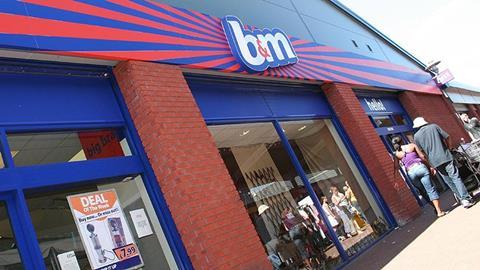 This is not surprising, because B&M has grown faster than any other Top 100 retailer, sales rising more than five fold between 2006 and 2009 from £78m to £427m, with annual growth averaging over 60% a year. Indeed, £600m-plus is projected for 2010. Another reason for its low visibility is that B&M has risen to prominence to date outside the southeast, but this is about to change having recently opened a store in Hemel Hempstead.

Formed in 1976, by the late-1990s the family-run, variety store retailer was substantially loss-making. UBS Capital became involved, introducing new management that remained in charge until 2004 when B&M was sold to Simon and Bobby Arora, under whose stewardship it has boomed.

Moreover, as highlighted in Retail Week Knowledge Bank’s detailed profile, sales growth has not been at the expense of profitability. Indeed, the 2009 figures show B&M achieving a record 8% operating margin, unusually high for a discounter. Sales densities of £280 per sq ft may be below their peak, but are also very creditable.