The value retailer’s market share is on the up. 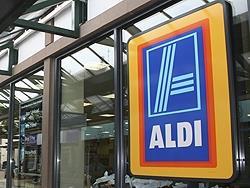 German value retailer Aldi has not had it all its own way in the UK, but in recent months has been showing signs of a return to form.

It is the biggest player in the value grocery sector, with Lidl behind with 2.6% share. Danish rival Netto last year disappeared from UK high streets altogether, after it was acquired by Asda and rebranded.

But while Aldi prospered when the credit crunch hit, with shoppers flooding its stores to snap up cheaper goods, its share soon began to plateau, leading some to conclude that its good run was just a blip.

Aldi’s revenue growth is expected to have continued last year, too, as its reputation for value among shoppers, combined with stores and products more tailored to the British market, won more customers. Its share in August 2011 reached 3.6% and has been around that level ever since – a marked improvement on the year earlier, which averaged at about 3%.

The secretive grocer was founded in Germany by brothers Theo and Karl Albrecht in 1962, who stepped back from direct management in 1993. The Aldi group is split into two divisions: Aldi Nord and Aldi Sud.

The UK and Ireland falls under the latter, along with the grocer’s operations in Austria, the US, Australia, Switzerland, Slovenia and Hungary. The two arms share responsibility for the 4,300 Germany stores.

The grocer’s big strength is its strict focus on a limited range of own-brand products. It sells a narrow range of 1,000 product lines in its UK stores, although in its homeland of Germany it sells even fewer – its SKUs rarely exceed 600 – while internationally the average is 800.

Aldi sells the same brands across the group, and almost all lines are exclusive to it, giving the grocer enormous buying power for its 9,600 stores in Europe and 520 UK and Ireland stores.

The grocer admitted that in the first 10 years of its UK operation it failed to communicate its value message alongside its discount selling point.

However, as part of a strategy to revitalise the business it had by 2005 extended its product range from 650 to 850 lines to 1,000. It launched its premium product range, Specially Selected, contributing to a turnaround in customer perception of the grocer. It also launched a Be Light healthier range.

To accommodate the SKU expansion, stores were extended to 10,000 sq ft. Following a £100m investment programme in 2007, Aldi improved its store look, bringing it up to UK-competitor standards.

However, over recent years the UK store expansion strategy has slowed due to closures and the fact that fewer of the newbuild shops Aldi favours have come to market due to barriers in the UK planning system. Its former boss Paul Foley had laid out plans for 1,500 stores, but it presently has just 519.

But with this year shaping up to be as tough as 2011, it is clear cash-strapped consumers will continue to seek out discounts and deals on products, leaving Aldi well placed to eat up more market share.