Famously private Primark founder Arthur Ryan for once stepped into the limelight at the Oracle Retail Week Awards last night. 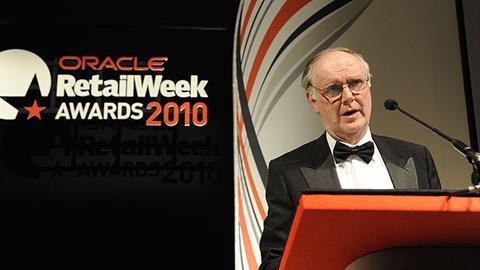 Ryan made his unprecedented public appearance to collect the Outstanding Contribution to Retail award in a ceremony held last night at the Grosvenor House Hotel.

His friend Arcadia owner Sir Philip Green paid tribute to Ryan, who has avoided being photographed throughout his career, in a video message. Green said: “This is a man who richly deserves this award. He’s tirelessly developed and built one of the UK’s great businesses”