Shoppers to spend £6.5bn on groceries during Christmas period

Shoppers will spend £6.5bn on groceries in the two weeks to Christmas as supermarkets drastically increase levels of advertising. 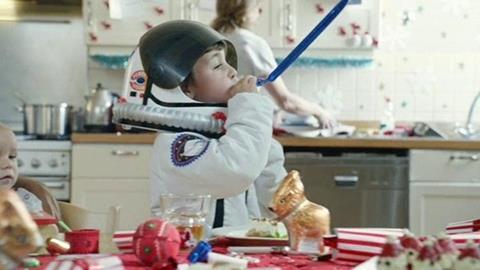 Nielsen has forecast sales will grow £250m year on year during the fortnight as supermarkets increase advertising spend by 36% year on year in the first week of December.

In the four weeks ending December 6 the grocers spent £63.4m on advertising, up 9.2% on the same period last year.

Nielsen UK head of retailer and business insight Mike Watkins said: “Retailers are investing heavily in advertising to tempt shoppers into their stores for the peak trading period which starts today.”

Sales in the four weeks ending December 6 decreased 0.6% year on year after being hit by an eight-year low in food deflation.

Despite sales volume dropping 0.4% during the month, grocers recorded growth in the week ending December 6, the first increase since July.

Watkins said: “Many shoppers have been cautious with their spending all year. But savings made from recent price wars could now be used for treats in the run up to Christmas.

“A third of households will shop at Aldi or Lidl this week, so the major supermarkets face intense competition for this seasonal trade-up.”