Retailers prepare for a last-minute Christmas shopper surge this weekend

The critical Christmas trading season will reach a nail-biting crescendo this weekend as retailers prepare for a last-minute shopper surge. 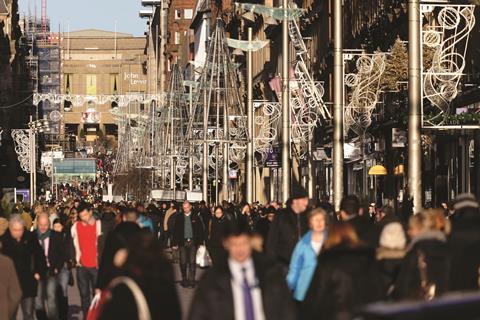 About 13 million shoppers are expected to hit the high streets on Saturday - dubbed ‘Panic Saturday’ - as they leave it late to snap up festive gifts, according to the Centre for Retail Research. The figure compares with 11 million on the corresponding Saturday last year.

Philip Day, chief executive of Edinburgh Woollen Mill Group, which owns Peacocks, said: “I think it will be make or break for a lot of retailers this weekend.”

John Lewis director of selling operations David Barford said the “extra weekend” before Christmas has led many to leave their shopping later this year. He predicted Saturday will be “one of the busiest days of the year”.

John Lewis is drafting in 50 extra staff, known as ‘eleventh-hour elves’, in five stores on Saturday to help shoppers.

Harrods managing director Michael Ward said the upmarket retailer has had a strong week’s trading and looked forward to the launch of Harrods Winter Sale on Boxing Day after a busy final trading weekend.

Asda chief executive Andy Clarke said: “Families are being very cautious about spending. We expect this weekend to be very busy. Sunday will be an operational challenge.”

Sainsbury’s group commercial director Mike Coupe said Sunday would be “the busiest ever day in grocery retailing”. Sainsbury’s checkouts will be in operation for an hour after closing on Sunday to “help customers through the tills”.

A surge will come as welcome relief to retailers after footfall fell 2.6% year on year in the week to December 16, according to the BRC-Springboard Footfall Monitor.

However, shoppers still splashed out £1.75bn last weekend according to the Centre for Retail Research, which forecasts spend this weekend will eclipse that total.

HMV boss Trevor Moore said Christmas has come late this year, and that the high street could benefit, as desperate shoppers will be less likely to risk online delivery so close to the big day. However, in selected locations etail giant Amazon is offering guaranteed delivery in time for Christmas if orders are made before 9.30am on Christmas Eve.