Retail Diary: Harrods wings it with pop-up and Apple pain for Sainsbury’s 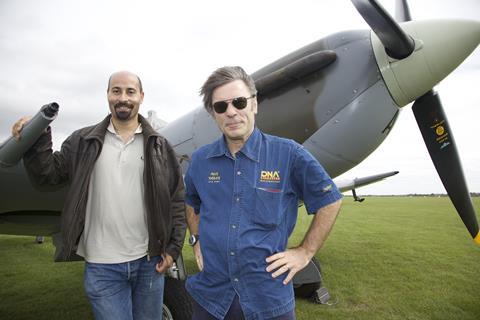 Rock star Bruce Dickinson has formed an unlikely partnership with luxury department store Harrods – to open a pop-up shop selling private jets. The Iron Maiden front man, and pilot, is chairman of aircraft dealership Aeris Aviation, which has been running the shop during August offering special edition Harrods-branded models. The Eclipse 550 jets, which cost £2.2m, can fly at up to 41,000 feet and reach a top speed of 430mph. Affluent buyers will also be given a free $50,000 (£31,890) Harrods store card to sweeten the deal. We wonder whether the idea will take off at other retailers.

Apple Pay does not appear to be coming to Sainsbury’s any time soon if a recent in-store incident is anything to go by. Staff at its Old Street branch in London – the location of the supermarket’s electronic shelf-edge pricing pilot – were left befuddled by a question about Apple Pay. A bearded early-adopter of technology at the self-service checkouts asked a store colleague if the grocer had Apple Pay. The eager staff member evidently mistook the payment technology for a fruit-based product and bellowed across to a colleague to ask whether they stocked any Apple Pay. Cue much confusion and merriment. The marketing execs working on Apple Pay clearly need to up their game. 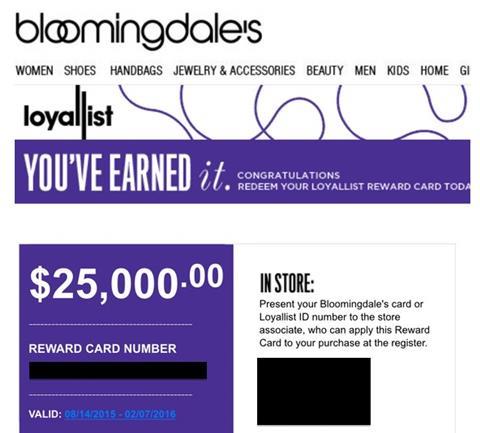 Diamonds are certainly not Bloomingdale’s best friend after the high-end department store accidentally sent some customers up to $25,000 in store credit, prompting one to go on a shopping spree and fill their basket with diamonds. Instead of sending shoppers their loyalty reward balance in points, some customers were told they had the amount in dollars. Once it caught wind of its error, as images of the email containing the reward appeared on Buzzfeed, Bloomingdale’s contacted its customers to say it had been a mistake. But not before one shopper has spent $10,000 on a pair of diamond earrings, a $5,000 watch, and a Louis Vuitton bag. It seems the ‘loyal’ customer is yet to return the items.