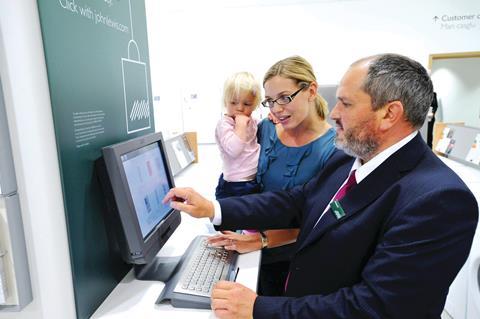 Speaking at the department store group’s Christmas in July event yesterday, Street said:  “The new battleground will be omni-service. We’re pushing back click and collect to 8pm for next day delivery on a much broader product range than our competition.”

However Street said he expects home delivery to account for a higher proportion of transactions this Christmas, compared to click and collect.

He added he expects overall online sales to account for a greater proportion of total turnover this Christmas, and forecast digital sales would represent 37% of transactions, up from 33% last festive period.

Street said that while John Lewis has “tough numbers to beat” from last Christmas, when like-for-likes increased 6.9%, he was “confident” the retailer would improve on the performance as it focuses on the three “battlegrounds” of product, service and the store experience.

Street said John Lewis can gain competitive advantage through its product range. “It’s what John Lewis is famous for,” said Street. He cited its new Copenhagen home range as a particular highlight, as well as branded collaborations in fashion and also John Lewis’ first ever range of own-brand TVs.

The retailer is also, for the first time, selling real Christmas trees. They will be sold online but not in stores. “There’s a contingent of customers who would never buy an artificial tree,” said John Lewis buying and brand director Paula Nickolds.

Street added in-store experience would be key this Christmas. John Lewis has been aiming to improve its in-store theatre by partnering with Ham Holy Burger and Rossopomodoro restaurants in its Oxford Street flagship.

He said: “The year so far has been encouraging. Sales are up 8% for the year. We’re quietly satisfied with that performance.”

He said the year so far has seen a “better split” between the three categories of home, fashion and technology, which still remains the “dynamo” department, according to Street. He said sales of TVs were “very buoyant” in the run up to the World Cup. He added fashion sales are being driven by online.