Frozen food specialist Iceland has had a difficult Christmas according to boss Malcolm Walker, who has described the trading period as “bloody awful”. 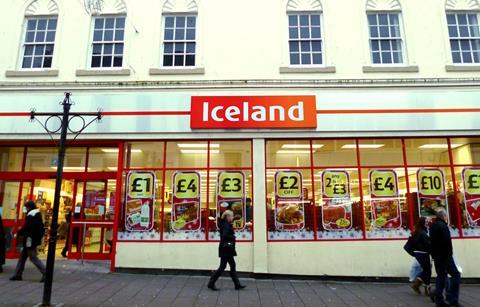 Walker declined to give any figures or provide any explanation as to why Iceland had suffered a tough Christmas.

Iceland’s poor performance comes amid turmoil in the grocery sector as the big four suffer market share declines at the hands of Aldi and Lidl and the discount end of the market and Waitrose at the other.

Sainsbury’s this morning has reported like-for-like retail sales for its third quarter down 1.7% excluding petrol, its first Christmas sales decline in a decade, although the performance was ahead of expectations.

Tesco is expected to unveil a Christmas sales fall when it updates the market tomorrow and Morrisons, which updates next week, is also expected to have suffered a challenging period.

Yesterday, both Sainsbury’s and Asda unveiled plans to lower prices further this year as the price war in the sector escalates.

Meanwhile, Waitrose delivered a strong Christmas performance with like-for-like sales up 2.8% in the five weeks to January 3.

Lidl said it notched up its best Christmas ever as shoppers snapped up its luxury items including Comte De Senneval champagne. Its like-for-likes increased 20% in the week ending December 28.