Sofa retailer CSL has rebranded to Sofaworks as it forecasts record full-year sales of £100m. 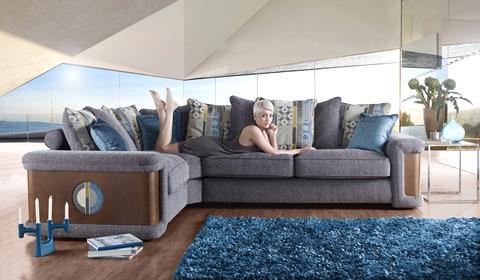 The retailer said that the new branding reflects its refreshed approach to provide a “market-beating customer experience”. A full roll-out across its 26 stores will be completed by Christmas.

Sofaworks chief executive Jason Tyldesley said: “We have always taken pride in treating customers with respect and being open and honest – these are the values that have been with the business from the start.

“However, as Sofaworks, we’re taking that proposition a step further, creating a truly unique and market-beating customer offer. Unlike other retailers, we know that when people are shopping the last thing they want is the hard sell.”

The rebrand comes as the retailer is set to reveal record results in the current financial year to December 31, forecasting turnover will be up 17% year-on-year to break the £100m barrier for the first time.

Before the end of the year, the retailer is set to open two new stores in Coventry and Stockton-on-Tees and plans to open its fifith UK distribution centre in Rugby before Christmas.

Next year it plans to open nine new stores, increasing its estate by a third, after consumer confidence in big-ticket items has grown, according to Sofaworks.

Tyldesley said: “The new stores we open next year – increasing the size of our estate by a third – will also ensure that even more people can experience that difference. With strong evidence of rising consumer confidence, our trading performance and plans for next year mean we are perfectly positioned to capitalise.”

Sofaworks has also strengthened its top team for the new year, appointing former Lloydspharmacy head of retail operations Kevin Snowball as head of retail, while former Floors-2-Go chief executive Simon Farnsworth has been hired as its new head of finance.

Jason Glover, ex-head of IT at travel brand Kuoni, has been appointed chief information officer at Sofaworks.