Shares in sofa and carpet retailer ScS rose 8.6% to 190p on its first day back on the London Stock Exchange, signalling appetite is ripe for retail IPOs. 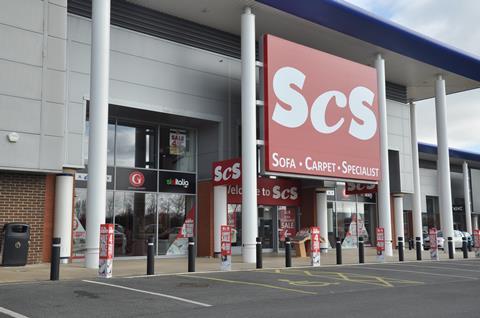 ScS owner Sun European Partners, which has controlled the retailer since it bought it out of administration after it collapsed in 2008, floated it on Wednesday at an opening price of 175p a share.

Sun European owns 41.6% of ScS, and is expected to earn £35m from the float. More than half of the retailer (51%) is in public investors’ hands, while the management team, including chief executive David Knight, owns the remaining shares.

ScS’s solid start indicated an encouraging opening to the year for the retail IPO market. A flurry of other furniture retailers are expected to climb aboard before the election.

DFS is expected to be valued at around £1bn assuming it also lists while Made.com is also reportedly seeking to float in the coming months.

After appetite for retail IPOs slowed in the latter half of 2014 - Fat Face and Blue Inc were among those to scrap flotation plans - analysts view ScS’s flotation as opening the gates for other retailers seeking to join the stock market.

Independent analyst Nick Bubb said: “ScS has had an interesting turnaround story, although it did go bust in the last recession. There’s a window [for IPOs] for companies with a good income or growth story to tell before the election.”

Greg Bromley, consultant at Conlumino, said the IPO “suggests that trading is positive, and now is the opportune time to gain further investment and ultimately grow the business further and at a faster rate”.

Peel Hunt analyst John Stevenson said: “There’s quite a few retailers looking to float this year. The background is pretty good, the ability for [increased] consumer spend is getting a boost from the drop in fuel and energy prices, and there’s interest in the retail sector.”