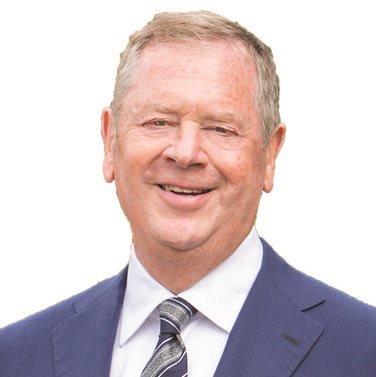 Charlton joined the new sofa and upholstery chain last month, and was finance director at fashion retailer Austin Reed for more than 10 years until it fell into administration earlier this year. He is also a former group commercial director at Arcadia.

The appointment comes as Kirkham prepares to go toe-to-toe with DFS, the furniture retailer he set up in 1969.

The retailer is poised to launch at a time of uncertainty in the big ticket market, in which share prices fell steeply in the immediate aftermath of the EU referendum.

Kirkham has also raided his former business for talent, poaching several top DFS directors to head up his new venture.

DFS retail operations director David Payling, who started at the furniture store as a general manager in 1989, joined Fabb this month, according to documents filed at Companies House.

Details of Kirkham’s new venture were first revealed by Retail Week in March. Fabb’s first store is in the process of being fitted out in Hedge End Retail Park, near Southampton. The chain is thought to be closing in on further store locations.

Gary Pitchford, who also spent six years at DFS and left in January, has been appointed as Fabb Sofas’s buying director, along with Laura Chiddey.

Lord Kirkham’s son, Michael Kirkham, and daughter, Julie Cross, have both been appointed as company directors.

The retail veteran, who made a “bittersweet” exit from DFS in 2010, has also invested in Tapi Carpets & Floors, the new floorings chain founded by son of Carpetright founder Martin Harris.