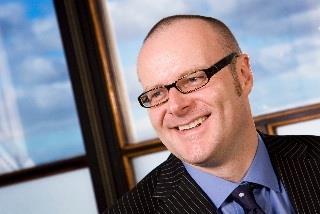 The appointment reunites Cleland with Andrew Bracey, the former Ocado finance director who knows Cleland from his time at Somerfield and who last month led the £217m acquisition of Dobbies from Tesco.

Cleland’s wide-ranging experience of retail is to expected to enable the new owners to drive forward their growth strategy to take advantage of Dobbies powerful appeal in a fragmented market.

Cleland, who was chief executive of Maplin from 2012 until 2015 and who is still a non-executive director of the electricals specialist, arrived at the 35-branch Dobbies today.

He replaces Andy King, who will stay on as a strategic adviser to the Dobbies board.

As well as Somerfield and Maplin, Cleland previously held senior management positions at Asda and B&Q.

Dobbies investor Barney Burgess said: “It is great news that John is joining as chief executive. He will Play a pivotal role in the future Dobbies success story.”

Bracey added: “We also want to publicly recognise the role of Andy King who has been a great steward of Dobbies.”

Cleland said he has long been “an admirer” of Dobbies, which he described as “one of the great heritage brands in British retail”.

He said: “We hope to build on that and create a stronger, market leading company. I am very much looking forward to working with new colleagues to grow the business together in the future.”

Bracey has previously told Retail Week that Dobbies’s new owners – his Midlothian Capital Partners alongside Hattington Capital – hope to add more stores across the UK and bolster its online platform.