US grocery chain Great Atlantic & Pacific Tea, better known as A&P, has filed for bankruptcy protection, according to reports. 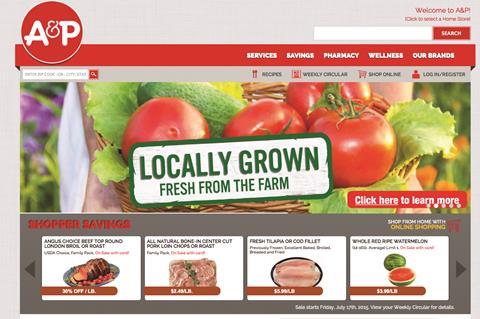 A Chapter 11 bankruptcy involves a reorganisation of a debtor’s business affairs and assets and is normally filed by firms which need time to restructure their debts.

A&P, which began life as the Great American Tea Company, listed assets and liabilities of more than $1bn in its filing.

It is the second time in less than five years that the retailer has applied for creditor protection.

The New Jersey-headquartered firm has been squeezed by operators such as Walmart and Dollar General Corp which have moved into grocery sales.

A&P has lined up buyers for 120 of its 296 stores with proceeds from the sales expected to reach around $600m (£386m), a source told the Wall Street Journal.

The owners of A&P had previously looked at a sale of the business in 2013, after it had applied for bankruptcy in 2012.