Tesco sales return to growth for first time in a year

Tesco sales returned to growth for the first time since January 2014 as the grocery market grew at its fastest rate since the summer. 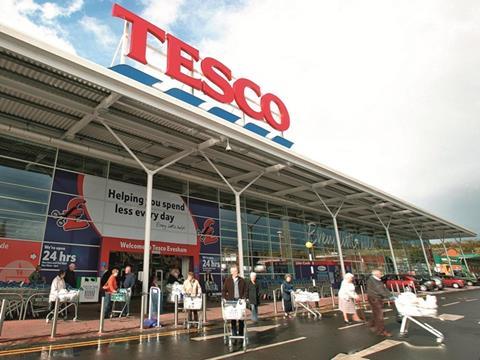 Tesco sales increased by 0.3% year-on-year for the 12 weeks to February 1 as the grocery market grew at a rate of 1.1%, the fastest increase since June 2014, according to figures from Kantar Worldpanel.

Like-for-like grocery prices across the sector fell by 1.2%, which Kantar said is equivalent of £327m in savings for British shoppers over the past three months.

Kantar’s figures suggest Tesco boss Dave Lewis’s overhaul of the grocer could be working as it attracted an additional 236,000 shoppers in the past three months.

However, despite the sales increase, Tesco’s overall market share fell to 29%, down by 0.2 percentage points year-on-year.

Asda reclaimed its position as the second largest retailer as it grabbed 16.9% of the market after briefly being overtaken by Sainsbury’s.

Meanwhile,  Morrisons  sales dipped by 0.4% during the period, the best performance by the retailer since December 2013.

“Aldi’s growth of 21.2% is still impressive but a relative slowing from its 36% peak in April 2014. Likewise, Lidl’s maximum growth of 24% in May last year is now down to 14.2%.  Despite this slowdown, both retailers are still taking share from the other retailers – rising 0.8 percentage points and 0.4 percentage points respectively to 4.9% and 3.5%.”