Tesco has revealed the locations of the 43 stores, nearly half of which are Express branches, that will close in an attempt to cut costs. 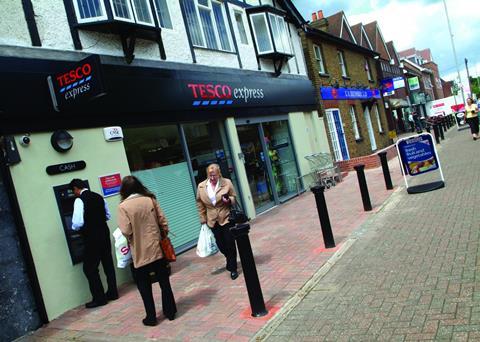 Around 2,000 jobs are under threat after the supermarket giant made the sweeping cuts to stores across the UK, which includes superstores in Doncaster and Wrexham.

Tesco made the announcement at lunchtime after internal meetings had taken place with the staff members at affected branches this morning.

The grocer said it will be consulting with those 2,000 colleagues this week.

Express and Home Plus stores are set to be shuttered on March 15 with the Tesco Metros and Superstores on the list closing on April 4.

As previously reported by Retail Week, it was initially anticipated that just over half of the 43 stores to be closed would be Express branches.

As part of new chief executive Dave Lewis’ cost-cutting measures, plans to expand its portfolio with 49 new developments have also been shelved.

Lewis said that the cuts, which also include the closure of the grocer’s Cheshunt headquarters and consolidating it into the Welwyn Garden City office, will deliver savings of £250m per year at a one-off cost of £300m.

Tesco remains in consultation over proposals to close its defined pension benefit scheme after confirming it will not pay a final dividend for 2014/15.

Lewis said: “In January I announced that our performance as a business has fallen significantly short of where we would want it to be and that to protect the future of the business in the UK we would close 43 unprofitable stores.

“The decision to close the stores has been exceptionally difficult to take. I recognise it will affect many hard working colleagues, our customers and local communities.

“Our priority is to explain what this announcement means for our colleagues and wherever possible, offer them alternative roles with Tesco. We will continue to serve our customers through other local stores and our dotcom service.”