Tesco board grilled at AGM, but shareholder revolt fails to materialise

Tesco bosses faced a grilling at its AGM, but a shareholder revolt over directors’ pay failed to materialise after all its resolutions were passed. 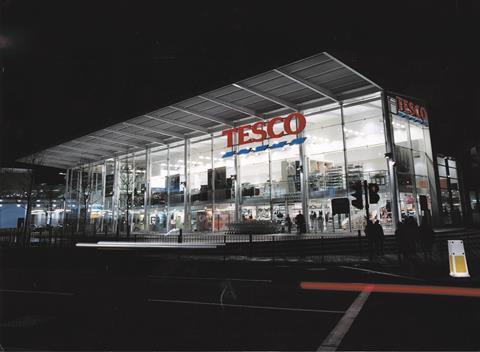 Many had expected shareholder unrest to dominate the meeting and the board faced a series of probing questions relating to staff pay, customer service, the grocer’s overall strategy and the decision to change its auditors following the £263m accounting scandal.

But a rebellion over the remuneration of current and former directors did not come to fruition, despite investor group Pensions and Investment Research Consultants (Pirc) urging shareholders to vote against the financial packages proposed for bosses, including new chief executive Dave Lewis.

He is now set for a bonus worth five times his salary if Tesco meets all its targets next year.

Almost every Tesco shareholder, 99.4%, approved Lewis’s election as a director.

But the meeting was not as plain sailing for the Tesco board as the voting would suggest. Shareholders grilled the supermarket giant’s senior directors, fronted by new chairman John Allan.

The issue of the living wage was put to the board on numerous occasions, with a host of shareholders urging Tesco chiefs to “lead the way” by agreeing to pay all of its staff the living wage.

Allan said: “We’ve heard a lot of people talk about living wage today and we would have to be deaf in both ears not to have picked up that message.

“We will take the feeling of this meeting into account when we decide what our course of action should be.”

One shareholder directly asked the board if staff would receive a pay rise in 2015, but chief executive Lewis said the grocer did not “want to increase the total cost of the payroll this year”.

He instead said Tesco was in negotiations with shop workers union Usdaw to “enhance the package via other means”, adding that the grocer already pays its staff “4% to 7% more” than its competitors.

Allan was also pressed on the pay-offs given to former directors, including ex-chief executive Philip Clarke, but refused to be drawn on the issue.

One shareholder took a swipe at the board, claiming he specifically asked for a hard copy of this year’s annual report because “this year they might report their profits correctly and it will be a collectors’ item”.

He went on to joke that Tesco had gone from “the Rolls-Royce” of retail to “the Ryanair” of the sector, drawing laughs from fellow shareholders.

Allan’s position as chairman also came under shareholder scrutiny, with one member of the audience suggesting the chairman should be solely focused on Tesco. Allan is also chairman of the housebuilder, Barratt.

But non-executive Richard Cousins said the board “ran a very full process” and “considered John’s other commitments” before offering him the position.

Both Allan and Lewis reiterated their desire for Tesco to “behave their way out of trouble” following what Allan dubbed an “extraordinarily difficult year”.

Both took heart from increasing UK like-for-like sales volumes in its last two quarters and Allan defiantly claimed to shareholders: “Despite everything that’s happened, I’m still optimistic about the future. With the right choices now, I’m sure your company has a great future ahead.”