Shoppers are spending 5% less per visit to the big four grocers, Nielsen says

Shoppers spent 5% less on average per visit to the big four grocers in the four weeks to October 11, according to the latest Nielsen data. 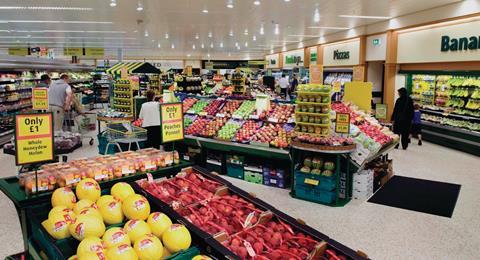 The average amount spent per visit dropped to £24, according to Nielsen, as shoppers sought bargains and continued to shop around at alternate grocers.

Sales across the sector fell 1.5% in the period, representing the eighth four-week period out of the last 10 to show year-on-year decline. Sales by volume dropped 1.1%.

Asda was the only one of the big four to grow sales.

Nielsen UK head of retailer and business insight Mike Watkins said: “Despite better early autumn weather and high levels of promotional spend continuing, at 34% of sales, the big four supermarkets continue to be challenged by shoppers spending less per visit.

“Low food inflation isn’t helping, but it’s really being driven by shoppers continuing to seek value for money – although not necessarily the lowest price.”

Watkins said: “The turnaround in the fortune of the Co-op continues, its market share has increased to 5.9%. A focus on ‘food to go’ categories and fresh produce, alongside store development, have contributed to shoppers visiting more frequently in recent weeks.”