Sainsbury’s to scale back store openings and cut dividend

Sainsbury’s is to scale back its store-opening programme and cut its dividend as it aims to combat falling sales. 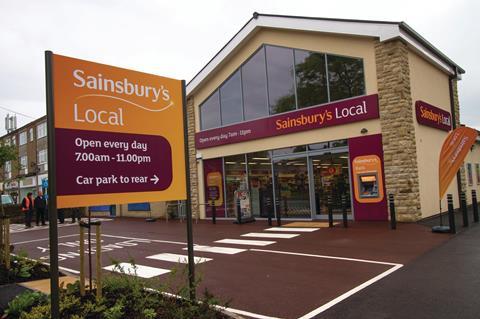 The measures are designed to shore up Sainsbury’s balance sheet and allow it to invest in prices as well as online, convenience stores and clothing, it is thought. The move is expected to form part of the strategic review that Sainsbury’s boss Mike Coupe is set to unveil this week.

The grocer is expected to cut its dividend from the current 6.6% to about 4.6%, according to reports.

Sainsbury’s had been performing robustly until recently, despite the tough conditions. However, like-for-likes have begun to slip as it too succumbs to the relentless march of the discounters and the rise of the promiscuous shopper that has hit Tesco and Morrisons hard.

Sainsbury’s is expected to scale back plans to open larger stores as shoppers continually favour topping up at convenience shops.