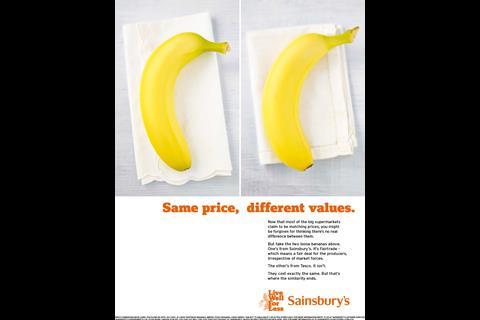 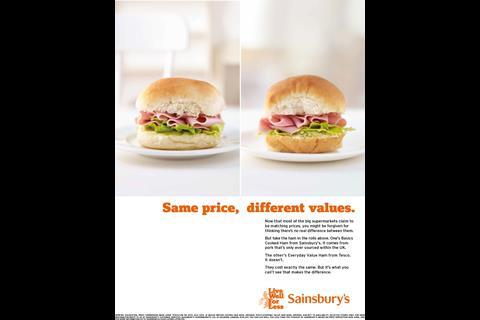 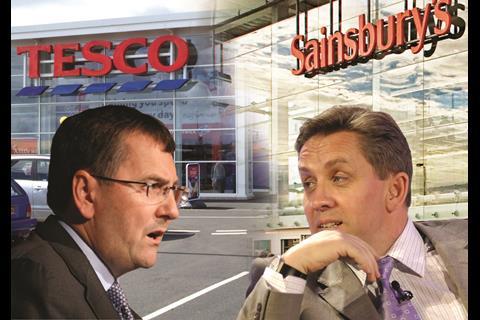 Philip Clarke (left) and Justin King (right) are at loggerheads

A war of words has broken out between Sainsbury’s and Tesco after the Advertising Standards Authority rejected Sainsbury’s complaint about Tesco’s Price Promise.

Sainsbury’s has taken out national press advertising to highlight the differences between its products and Tesco’s, while the latter hit back against criticism and defended its position.

The Tesco Price Promise, introduced in March, met opposition from Sainsbury’s and Morrisons. They believe comparisons between Tesco’s own-brand products and theirs are unfair because issues such as product provenance are not sufficiently taken into account.

But Tesco UK marketing director David Wood said making comparisons with other retailers’ products was legitimate. He said: “Nearly half the average customer basket is made up of own-brand products. We didn’t think comparing half the basket was good enough.

“It isn’t that it can’t be done, or can’t be done fairly (as the ASA has adjudicated), it’s just that it takes effort to go the extra mile for customers. A massive amount of work goes into making the comparisons, down to the quality of the individual ingredients, to make sure we make common-sense comparisons customers would see as fair and meaningful.”

He added: “The origin of a product can be important and where it is, for example Melton Mowbray pies, we compare by origin too. Where it isn’t a key factor for customers, we don’t let it stand in the way of making a common-sense comparison.”

A Sainsbury’s spokesman said: “We understand the ASA has not upheld our challenge but we think customers would not agree with Tesco’s position that provenance and ethics play little or no part in customers’ buying decisions.”

The ASA said in its adjudication: “We considered that Tesco had objectively compared price and the ad made clear that Tesco were comparing their own prices against brands, own labels and fresh produce prices at Sainsbury’s, Asda and Morrisons and that some products would be excluded from the comparison.

“While we noted Sainsbury’s concerns, in the context of an ad which explained clearly the basis of Tesco’s price comparison, we concluded the claim ‘You won’t lose out on big brands, own-label or fresh food’ had been substantiated and was not misleading.”

A Morrisons spokesman said talks with Tesco over its own issues with the Price Promise had been “long and complicated”. He said: “We still have a situation where a very large number of Morrisons prices are not being matched by the Tesco Price Promise.”