Sainsbury’s chief executive Justin King is to step down and group commercial director Mike Coupe is to take over. 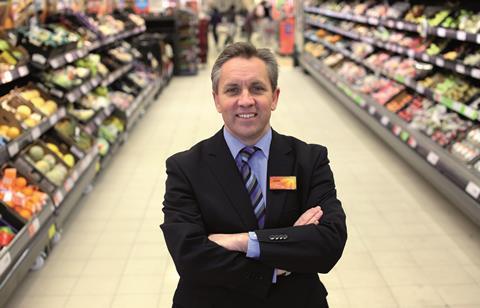 Sainsbury’s Justin King will step down in July after 10 years as chief executive.

Chairman David Tyler said: “Justin is a truly exceptional leader, who has reshaped Sainsbury’s during his 10 years as CEO, as well as playing a leading role in the sector and wider business world. The board thanks him for his outstanding achievements in ‘Making Sainsbury’s Great Again’. He leaves a lasting legacy, with the company stronger than ever.

“We are delighted to appoint a CEO of Mike’s unique talent and experience as Justin’s successor to lead the next chapter of Sainsbury’s history. No one knows Sainsbury’s - or the industry - better than Mike. He has worked hand-in-hand with Justin over the past decade and has a proven track record of success making him the natural choice to take the company forward.”

Chief executive Justin King said: “This was not an easy decision for me to make, and in truth it will never feel like the right time to leave a company like Sainsbury’s. It has been a privilege to have led the company for the past 10 years and I am incredibly proud of our achievements in that time. It is the 157,000 colleagues that make Sainsbury’s so special and I would like to thank them for their amazing efforts over the past decade in making Sainsbury’s great again. I am confident that under Mike’s leadership the business will go from strength to strength.”

Chief executive designate Mike Coupe said: “It’s an absolute honour to be appointed as the new CEO of Sainsbury’s in the Company’s 145th year and at a time when, thanks to Justin’s leadership, we have been consistently outperforming the market. I very much look forward to building on that success for our customers, colleagues, suppliers and shareholders.”