Retailers optimistic for 2015 and plan to increase investment levels

Retailers are optimistic about their prospects for 2015 and many predict increases in sales and plan to invest more, including in staffing. 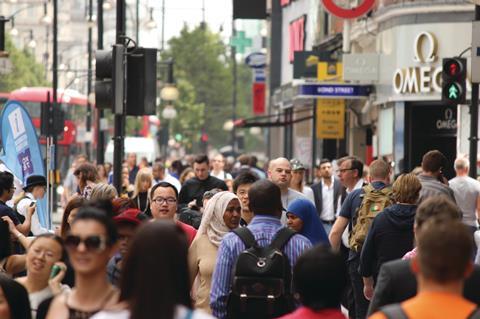 According to a British Retail Consortium survey, 76% of retailers expect their sales to improve in 2015 compared with 2014. Two thirds said they plan to invest more than last year while 78% said they are likely to employ more staff.

Weak consumer demand topped retailers’ list of concerns for 2015, with 68% of store groups listing this as a particular worry. Business rates (53%) and weakness in the economy (47%) are also key concerns for retailers.

When asked what changes the Government could bring forward to make the UK a better place to do business, 74% said a fundamental reform of business rates.

BRC director-general Helen Dickinson said: “It’s great to see British retailers optimistic about the coming 12 months. After a number of years battling against strong economic headwinds and shaky consumer confidence, it seems as though retailers are set for some cheer in 2015.

“However, given the tentative nature of the recovery in consumer confidence it’s natural that retailers are cautious about the longevity of the upswing we’ve seen recently.

“It’s also no surprise that the fundamental reform of business rates has come out as top priority for Government action. It is an outdated and punitive tax.

“We’re delighted that the Government has decided to back British retailing by committing to review the business rates system and we look forward to working with Government during the course of the review.

“As the figures from our survey show, the retail industry will be doing its part to drive growth in 2015 – by investing and creating jobs – but these efforts will be hampered if serious solutions to the burden of business rates are not found.”

It emerged in recent days that the BRC will hold talks with the Government this month over the review amid concerns over the pledge to ensure it is “fiscally neutral”.