He may have spent much of his career on the Emerald Isle, but Giles Hurley’s rise to boss of Aldi UK certainly cannot be attributed to a luck of the Irish. 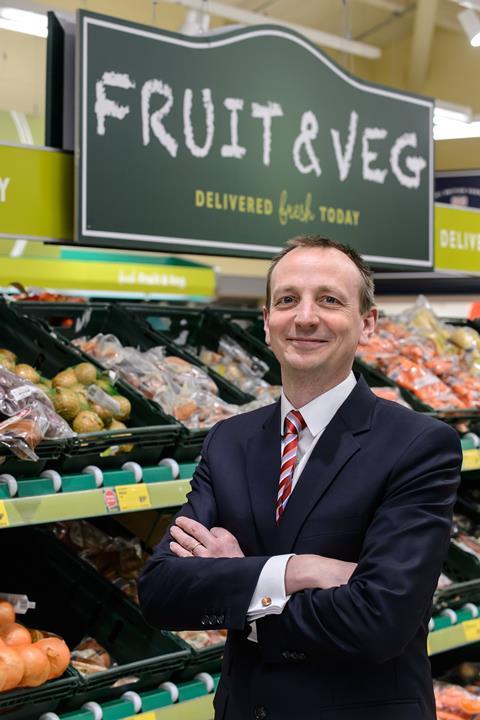 An 18-year veteran of the grocer despite only being in his early forties, Hurley has, like so many of his colleagues, worked his way up the business from shopfloor to top floor.

It is such experience at all levels of the retailer that will prove invaluable as he begins the task of filling the shoes of Aldi’s current UK boss, Matthew Barnes.

Barnes has been at the helm of Aldi’s rapidly growing British arm since 2010, running the business jointly alongside Roman Heini until April 2015 when he took sole charge.

Aldi has continued its strong tradition of promoting talent from within by entrusting Hurley with the job of replacing Barnes, who is moving to a central role on the Aldi Sud board.

Born in Surrey to Irish parents, Hurley flitted between England and Ireland during his time in education.

He was a boarder at Headfort Primary School in Kells, County Meath, but completed his secondary education in the UK.

He joined Aldi as an area manager in 2000 and was promoted to trading director of the Irish division just two years later, kick-starting a rapid rise through the discounter’s hierarchy.

By 2007, Hurley was named group buying director of Aldi’s Irish operation, then moved back to the UK in 2010 as regional managing director for the Northwest region.

Hurley has served as managing director of Aldi Ireland since September 2015, where he oversees its 130 stores. When he joined as area manager 18 years ago, it had just five.

But in the UK, Hurley will be taking the reins of a far bigger beast.

Hurley, however, is accustomed to spearheading aggressive expansion.

“How big are we going to get? It’s difficult to answer. We’ll keep on adding stores as long as we’re growing sales”

Aldi plans to open 10 new stores in Ireland this year as part of his growth blueprint, while it has €100m set aside to open a total of 20 across the next three years – representing a 15% increase in the size of its store estate.

His single-minded determination was evident in an interview with the Irish Independent last November, echoing that to which the UK has become accustomed from his predecessor Barnes.

“How big are we going to get? It’s difficult to answer. We’ll keep on adding stores as long as we’re growing sales,” he vowed when discussing Aldi’s Irish portfolio.

Aldi already accounts for 10.3% of the Irish grocery market, according to the latest Kantar Worldpanel data – behind dominant trio Dunnes, Tesco and SuperValu – compared to 6.9% in the UK.

Hurley’s challenge will be to push Aldi closer to that double figure-mark in Britain’s fiercely competitive food retailing market, and to pile further pressure on the big four.

Running with Barnes’ baton and opening more stores will be a key part of that drive, but what else could Hurley have on his agenda when he officially takes up his new role on May 1?

Product innovation and provenance, it is likely, will be central to his plans to further swell Aldi’s British customer base.

Hurley, who already lives close to Aldi’s Atherstone headquarters in Warwick, said in that Irish Independent interview: “Consumers in Ireland want to buy Irish. With Irish product comes that sense of assurance and quality and of supporting our own.”

He also emphasised the importance of “breathing life” into the proposition. He said: “You have to continue to innovate and that means always working with the supplier base to find the best new products and opportunities.”

If Hurley can successfully transport those principles over the Irish Sea, there may be even choppier waters ahead for Aldi’s grocery rivals.