Bryan Roberts: Morrisons excels in playing to its strengths

It intrigues me that, despite the relentless chatter about drones, biometric payments, supply chain and replenishment robots, grocery retailing is largely still about buying the right products and selling them to people in shops with appropriate levels of pricing and service.

Sure, ecommerce is important in a handful of grocery markets around the world, but globally it is an infinitesimal pinprick compared to the groceries sold in physical markets, discount stores, corner shops, supermarkets and hypermarkets.

In the UK, however, ecommerce really matters and Morrisons’ belated and expensive entrance into online retailing via Ocado was not really a matter of choice – grocery shoppers expect home delivery and click and collect from their major supermarkets.

And even if the retailers don’t make a huge amount of money out of it, it should be regarded as a basic cost of doing business.

The subsequent link-up with Amazon to supply the latter’s Fresh business was a quiet masterstroke.

If Amazon is going to steadily take market share away from supermarkets, it probably makes sense to be the supermarket that accrues some benefit.

Convenience also matters in the UK – and the shopper behaviour insights revealed by Waitrose’s Food & Drink Report this week hint at an ongoing shift in frequency and basket size (quite literally, as it happens), which suggest ‘little and often’ grocery patterns are becoming the rule rather than the exception.

“If Amazon is going to steadily take market share away from supermarkets, it probably makes sense to be the supermarket that accrues some benefit”

Morrisons’ disastrous foray into company-owned c-stores was a warning that convenience retailing perhaps isn’t as easy as it might appear and that it might be better left to the experts.

As such, the impending Safeway-themed supply arrangement with McColl’s is another genius move by chief executive David Potts, giving Morrisons a more than ample exposure to the convenience sector with low-risk and low-capital investment.

To paraphrase Tesco’s Dave Lewis as he was divesting various Tesco assets, you don’t need to own something to benefit from it.

As for the fabric of the business, the core supermarkets, I like what I’m seeing here too.

The relaunch of homeware was completed with aplomb, although a number of smaller stores can’t really do it a huge amount of justice.

Within grocery, the retailer is readying itself for yuletide action with an expansion of its Best premium range – doubling the number of SKUs compared to Christmas 2016.

Based on what I’ve seen in my local stores (and subsequently shovelled down my throat), the product is superb and, as importantly, it is being merchandised strongly, too.

“In a world where being the cheapest is impossible, being differentiated and valued is perhaps the most a mainstream supermarket can hope for”

People can’t buy stuff they don’t know about, so the shopper marketing team deserve some plaudits for generating cut-through.

Where Morrisons truly excels is in playing to its own strengths. In its own understated words: “Market Street and the craft skills of colleagues make Morrisons different and are truly valued by customers.”

In a world where being the cheapest is impossible, being differentiated and valued is perhaps the most a mainstream supermarket can hope for.

Morrisons really proves that this aspiration can be meaningful in both marketing and commercial terms. 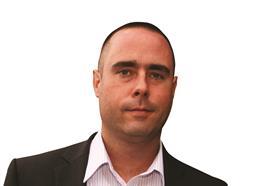