Ocado has registered a jump in full-year profits and sales as its customer base continued to demonstrate strong growth. 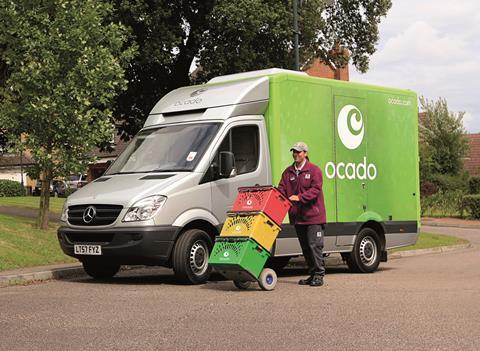 Group revenue, which includes delivery charges and fees charged to Morrisons for its online partnership, advanced 14.8% to £1.271bn.

The business said growth was driven by a jump in active customer numbers, which increased 13.9% to 580,000.

The jump in the number of customers helped total order volumes improve 17.9% to an average of more than 230,000 orders per week.

Despite its growing sales and profits, Ocado again failed to reveal details of a tie-up with an international retail partner to sell its Ocado Smart Platform technology, which it started using in its new Andover fulfilment centre during the period.

The etailer has drafted in former Sainsbury’s strategy director and group development director Luke Jensen to take on the newly-created role of chief executive of the Ocado Smart Platform as it ramps up efforts to secure a deal.

The etailer said on-time deliveries remained “market-leading” at 94.9%, although this represented a slight drop-off from 95.3% the previous year.

Ocado said it broadened its range during the year from 47,000 SKUs to 50,000 and lauded the launch of its Fabled brand, through a tie-up with Marie Claire.

Retail Week revealed last year that Fabled was launching a flagship store in London to help drive sales and customer awareness of the new beauty brand.

He added: “In this ever-evolving retail environment, we look forward to further developing our capabilities through innovation, creating the next-generation ecommerce capabilities that will ensure our offer remains compelling for both retail and Ocado Service Platform customers alike.”