Ocado boss Tim Steiner has lashed out at the “stupid, incorrect” reports over Christmas that slammed the etailer’s festive deliveries. 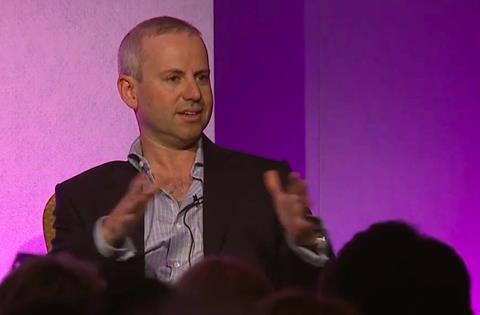 Steiner hit back at stories in the media that highlighted the views of some disgruntled customers, who claimed their deliveries contained missing items and substitutions, despite placing their delivery slot months in advance.

Despite the furore on social media, Steiner insisted Ocado had a “strong” Christmas, as it made almost 200,000 deliveries in the week before December 25.

A number of the online grocer’s customers took to social media ahead of Christmas Day, with one claiming on Twitter that the festive food order he placed “weeks ago” had arrived on Christmas Eve with “75% substitutes”.

Another claimed she had booked a delivery slot in October, only to receive a text on Christmas Eve apologising that her order contained “a high number of missing items or substitutions”.

But speaking after Ocado unveiled a 21.8% surge in pre-tax profits to £14.5m for the year ending November 27, 2016, Steiner said: “Christmas was strong again for us this year. In particular, we saw increased penetration of things like turkeys – we had a significant uplift in turkey sales – we saw an increase in basket size.

“Overall, based on the capacity we had available, we sold through very, very well.”

He added: “The stories weren’t correct. They highlighted three customers and even that wasn’t correct either.

“We made close to 200,000 deliveries over the course of that week and delivered with similar statistics to a normal Christmas period.

“In fact, I think if you were in a call centre over that period, I think you would say it was one of the smoothest Christmases that we’ve ever had.

“The stupid, incorrect stories didn’t have any bearing on our future demand [from customers].”

Despite growing profits and sales, the eyes of City were on Ocado’s protracted deal with an international retailer.

Its finance boss Duncan Tatton-Brown insisted the etailer would pen “multiple deals in the medium term” as it aims to supply its Ocado Smart Platform technology to retailers across the globe.

The business has drafted in Luke Jensen to take up the new position of chief executive of Ocado Smart Platform in a bid to “accelerate our discussions”.