Iceland has pledged to “move ahead of the new national living wage” and increase the pay awarded to staff “as quickly as possible”. 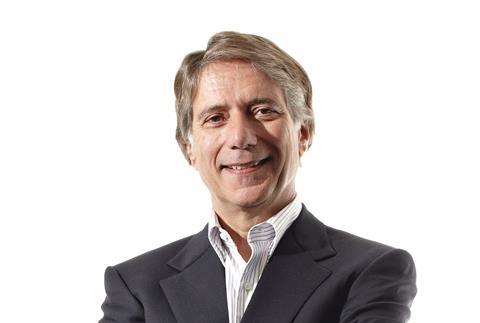 The grocer’s boss Malcolm Walker has vowed to move “even further ahead of the competition” by continuing to pay the same hourly rate to staff of all ages, while also scrapping a lower rate for new starters. Walker said Iceland already pays the second highest rate of all UK retailers, with its £7.12 per hour wage falling only behind Tesco.

Chancellor George Osborne’s living wage of £7.20 an hour, which comes into effect next April, will only apply to workers over the age of 25. Staff younger than that could still be paid a minimum wage, which currently stands at £6.50 per hour.

In a letter to Iceland colleagues seen exclusively by Retail Week, Walker has said the £7.20 rate is not representative of a real living wage and claimed Osborne has simply “redefined the minimum wage”. But he admitted that paying “a more generous” living wage of £7.85 per hour would cripple the supermarket chain, making “a dent in our cash flow that would be impossible to live with.”

Speaking to Retail Week moments after last Wednesday’s Budget, Walker said he was in favour of the living wage and claimed it was something Iceland had been looking at “for some time,” promising to move towards the target “as quickly as we can.”

In a letter sent to staff on Friday, Walker reaffirmed that pledge and said Iceland hopes to “make a further pay award in April next year.” He said this would then become the grocer’s annual review date.

Walker told colleagues: “It has always been our intention to keep ahead of other retailers and increase the hourly rate as fast as our profits allow.

“It is generally accepted that a more generous rate of £7.85 will provide a ‘living wage.’ Over recent weeks we have been exploring ways of moving our pay rates upwards to meet that target.

“Most of you will be aware that due to a really tough marketplace our profits last year dropped by a third. It doesn’t leave us much room for manoeuvre on pay and such an increase would make a dent in our cash flow that would be impossible to live with.

“In the recent Budget the Chancellor redefined the minimum wage as a ‘national living wage’ of £7.20 per hour and this will be effective from next April. With the planned pay increase for this October we would be ahead of that figure anyway.”

Walker added: “I want to make it clear that we support higher pay and it is our intention to move ahead of the new national living wage and increase pay rates as quickly as possible and also to keep ahead of our competitors.

“This is common sense. We want to reward our hard-working existing staff with generous pay, which will also attract the best people to work for us.”

Walker added that Iceland currently pays a “starter rate” of £6.50 an hour to staff outside the M25, often billed as a “training or probationary” rate during a staff member’s first six months.

He told staff the starter rate would be abolished next month, with all new starters going “straight onto the full rate of pay.”

Walker concluded in his letter: “In my opinion we are still the best company to work for in the UK and I have always said ‘happy staff make happy customers and happy customers put cash in the till.’

“Pay is only part of the cocktail of ingredients that make our colleagues happy at work. Nevertheless I am determined that we keep ahead of the game.”