Within this, volume sales among grocers increased 5.9% year-on-year, with some pointing to a boost from staycations and the Olympics. 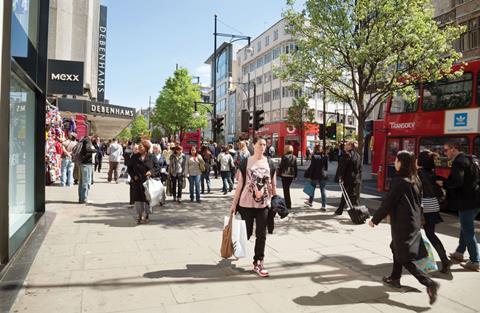 However, volume sales among textile, clothing and footwear stores fell 3% year-on-year. It came as fashion bellwether Next today reported a 1.5% dip in half-year profits.

Sales by value at grocers rose 3.7% last month, but fell 4.3% at textile, clothing and footwear stores.

Meanwhile, industry sales by volume fell 0.2% in August, compared to the prior month, which was a better than expected result.

The ONS suggested Brexit had not affected shopping habits. “Overall the figures do not suggest any major fall in post-referendum consumer confidence,” it said.

However, Richard Lim, Retail Economics’s chief executive said: “This latest data flies in the face of other survey evidence that suggested a slowdown in retail spending last month, and appears a tad overly rosy.

Last week, the BRC and KPMG reported a 0.3% drop in total industry sales in August.