Online will have a much smaller impact on grocery shopping than is expected, former Sainsbury’s chief executive Justin King said today. 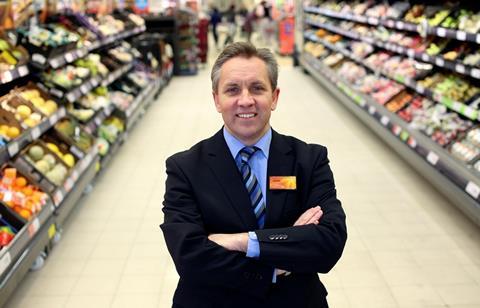 Speaking at the JDA FocusConnect conference in Barcelona today, he said: “The in-store experience will be much more resilient for much longer than every forecast currently has it.

He added that, with 95p out of every pound in grocery still being spent in-store, he questioned whether the grocery sector would reach an online tipping point.

He added that the area within grocery that had seen the biggest cash growth over the past five years was convenience, and suggested UK grocers think about “fishing where the big fish are”.

He said whatever new technologies come along, the customer needs to be retailers’ first consideration. “If every decision that you make aims at its heart to do a better job for the customer, you will never go far wrong.”

In an interview with Retail Week, King added that focusing religiously on customers is something new Tesco boss Dave Lewis is likely to do.

The Sainsbury’s boss embarked on a listening exercise when he first started at the grocer, receiving responses from 250,000 shoppers on what they thought of the brand.

“Sainsbury’s, when I joined, had some deep-seated problems and Tesco clearly has now. I would be really surprised if someone with Dave Lewis’s background did anything other than start by asking his customers what he needs to do.

“We asked a million people and got 250,000 responses, and they gave us a pretty decent to do list.”

But he added the answer for Tesco is likely to be very different to Sainsbury’s 10 years ago.