The Co-op has hailed an “outstanding” Christmas after increased availability and the success of its own-label ranges drove sales. 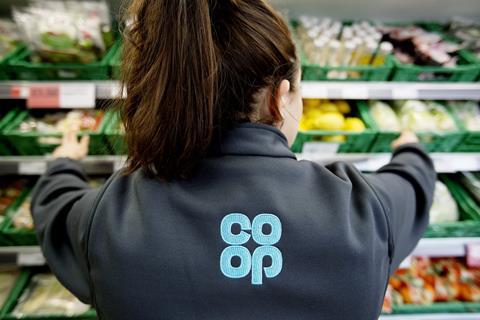 Co-op like-for-like sales rose 3.5% in the three weeks to December 31

The mutual registered a 3.5% uplift in like-for-like sales during the three weeks ending December 31, driven by “better than ever” availability on its core product lines.

The Co-op said there were 300,000 fewer gaps on shelves across its c-store estate compared with the same period last year.

It recorded its busiest day on Christmas Eve, as shoppers made the final touches to their Christmas dinners or stocked up on party food and drink.

In an internal letter sent to staff, seen by Retail Week, Co-op retail boss Steve Murrells highlighted the role of its logistics teams, which fulfilled more Christmas deliveries on time than ever before.

The Co-op also praised the impact of its private-label proposition, with its own-brand Prosecco, buttercrust mince pies and Amaretto yule log proving popular with shoppers.

Murrells said: “The focus on convenience and an ever-stronger local supermarket offer resulted in a strong trading period. Our strategy of serving up ‘good food, which does good’, and our ever-improving store estate, is attracting shoppers.

“The launch of membership earlier in the year gave our members and customers a really compelling reason to choose us and all the hard work on improving our availability and our product range was already paying off.”

In the note to staff, Murrells added that the Co-op’s Christmas advert had struck a chord with consumers during the festive season and drove more shoppers into stores.

“Our ad campaign was well received, with viewers appreciating the community spirit it portrayed and the idea of ‘good food that does so much more’,” Murrells said.

“In a world full of schmaltzy CGI competitor adverts, it stood out as authentic and a true example of the Co-op difference.”