Clive Black: Tesco is back on its grocery throne

Tesco’s recuperation from the depths of corporate despair has been a time-consuming one.

Indeed, we should not overlook or forget the immense achievement of chief executive Dave Lewis in saving this business from oblivion.

As such, today’s interim results presentation was a triumph of patient corporate change manifested for shareholders by the return of Tesco to a dividend paying schedule.

Tesco has gone from the scene of the accident, through intensive care and has now left the medical ward.

There was never going to be a quick remedy for the Tesco patient. That can be a frustration for many young scribblers out there that are good at setting unrealistic targets for management to reach, even though they themselves could not run a bath.

For Shore Capital, the Tesco results were good and solid – a slight beat, in fact – and once we have finessed matters, we expect to be upgrading our financial forecasts for FY 2018 and beyond.

The sales figures were broadly as we expected, with Tesco delivering value and volume growth in the UK, particularly in fresh food – same store sales rose 2.1% in the second quarter.

“All in all though, Tesco is more stable and solvent, which is good news”

Inflation is now in the British food system but Tesco, like one or two of its superstore peers, is reinvesting the benefits of positive operational gearing back into the proposition.

As such, UK margins are nudging ahead and management remains confident that it can deliver further steps forward over the next couple of years.

Considerable steps are necessary, it should be said, to hit the aspired 3.5% to 4% group margin target by February 2020.

General merchandise remains problematic for Tesco, going backwards in value and underperforming as a category.

We are encouraged by the improvement in like-for-like sales at the group’s UK Extra format, and we note new private label ranges coming into the general merchandise arena.

Non-food is an area, though, where margin accretion can emerge for the group.

Outside the UK there is very pleasing progress in Ireland, where hard yards are delivering a return to positive like-for-like sales.

Beyond the British Isles, the top-line in constant currency is tougher. Competitive markets in Europe, particularly Poland, are holding back progress, while in Thailand the exit from wholesaling and lesser couponing led to same store sales being more than 8% down year-on-year.

While so, applying many processes seen in the UK change programme, most notably simplification, are delivering margin expansion in Asia and Central Europe, which management believes it can keep.

The better operations mean that cash is also coming through the business, therefore lowering net debt (£1.1bn down year-on-year), while bit by bit the freehold property participation in the UK nudges higher.

“The market is competitive for sure, the superstores are no longer offering a free lunch to the German discount chains, but we also see rationality”

The group has adopted significant adjustments to the measurement of its pension deficit, so walloping the shortfall – a move that may raise an eyebrow or two.

However, annual contributions are increasing. We would like to see an equity raise to substantially deal with the pension situation, allowing for a re-creating.

All in all though, Tesco is more stable and solvent, which is good news.

Excluding property profits, the group nicely beat our first half forecast at 7%, which makes for the expectation of aforementioned upgrades.

Tesco’s better condition and performance augurs well for the broader UK grocery scene, to our minds.

The market is competitive for sure, the superstores are no longer offering a free lunch to the German discount chains, but we also see rationality.

Propositions are better and improving, costs are lower, investment is sensible and so cash is being generated.

The king is back, long live the king. 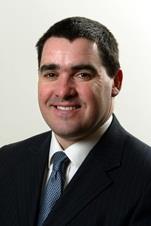 Clive Black is head of research at Shore Capital