Applegreen seeks £50m from float as convenience battle hots up 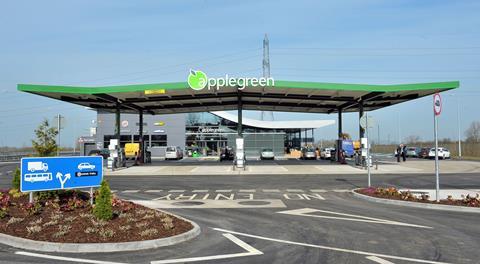 The Irish business has 54 stores in the UK and 96 in the Republic of Ireland and plans “significant expansion” on the back of the flotation.

Applegreen intends to float on AIM and ESM next month.

Applegreen’s business is based on a “better value always” pledge for its “high-quality food and beverage offering” and it wants to capitalise on its rapidly growing food-to-go and convenience market.

Asda is also focusing on petrol forecourts for its convenience offer and in February the grocer bought 15 petrol stations from Rontec in order to expand into London and the Southeast.

Applegreen will also use the proceeds from the float to rebrand existing sites and develop larger motorway service area sites.

The retailer has delivered a compound annual growth rate of 24% in revenue and 19% in EBITDA over the past four years.

Applegreen chief executive Bob Etchingham said: “We believe there are significant opportunities for expansion across the Republic of Ireland and the UK.”