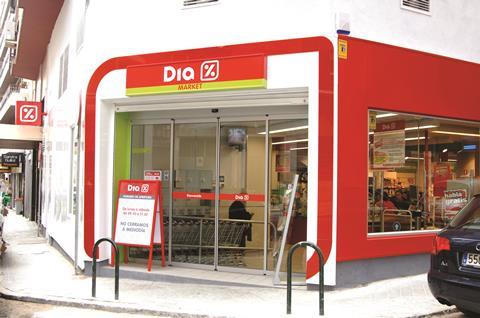 Dia chief operating officer Amando Sanchez-Falcon says putting franchisees in charge of smaller stores helped give the retailer a “strong local presence” and a “good understanding of the consumer” – and encourages British retailers including Tesco, Sainsbury’s and Morrisons to employ a similar tactic in their convenience stores.

Dia, which is the second largest grocer in Spain with 9% of a fragmented market, has 7,306 stores across Spain, Portugal, Brazil, Argentina and Shanghai in China. Of those, 3,085 are franchises.

Its portfolio will expand further later this year with the acquisition of 160 stores from rivals Eroski and Caprabo.

Speaking to Retail Week after Dia reported gross sales of €9.4bn (£6.9bn) in 2014 – up 8.4% on the previous year – Sanchez-Falcon insists the strategy is “the best and most efficient way” to run smaller stores and understand each local market.

“Food retail is a very local business. You have to have a strong local presence and a good understanding of the consumer, so every market is very specific,” he says.

“We think that having a local entrepreneur running the store for us has been a key element of success in terms of efficiencies and in terms of knowing your customer. The last part of that supply chain, we believe, is better handled by local franchisees.

“We have been growing the number of stores that are managed by local men and women and we believe that is something that is behind our success, so it’s something we are committed to continue developing.”

Sanchez-Falcon also points to advances in Dia’s loyalty scheme as an area in which UK grocers are playing catch-up.

Dia is testing a smart phone app that will send tailored vouchers to each customer, allowing them to plan their purchases in advance and redeem paperless vouchers in-store.

It is the only discounter in Spain with a loyalty programme, which started back in 2006, but its expansion into the digital world is something Sanchez-Falcon believes will take off in the UK in a bid to increase brand loyalty.

He says: “We have a very unique loyalty programme, a very developed programme, something that is quite rare for a discounter. In Spain it’s a hugely successful programme and it gives us a lot of insight into our customers, to know where they live, where they go to shop and what they buy.

“Whenever people show the card, they are eligible for different prices on certain items in the store and they also get coupons every month that are individually targeted to a customer’s behaviour and purchases. What we are doing now is digitising that so you don’t have to carry your coupons into store, just your smartphone.

“The Dia Card is already well expanded and we have a very high redeem rate on the coupons, so this will help that on occasions when customers forget to bring their coupons into our stores. It will also allow them to plan their purchases ahead and we think that’s a very, very good advance to the scheme.

“We believe that knowing your customer is something that is very helpful as a good way of improving your proposition and improving your business. Obviously there are very successful retailers that have never run a loyalty programme and I’m not sure the discounters in the UK will do it, but it has worked for us and could work for them.”

Sanchez-Falcon says Dia is focused on taking advantage of the “consolidation” of the grocery market in Spain and insists the discounter has no plans to expand into the UK. But he did leave the door open for partnerships with existing UK retailers.

He said: “We have never considered a presence in the UK. We have always been a company with its own culture, its own management team, its own way of doing things.

“We are now an independent company, we have clearly stated to our shareholders that our focus is to concentrate in the markets where we are already present and we have significant opportunities – that is Iberia, Argentina and Brazil. We have very good growth opportunities there.

“Having said that, we do believe that now being an independent company, looking for opportunities to partner up with people, whether it’s commercially, providing specific services or even looking at joint opportunities in different markets is something we should do.”