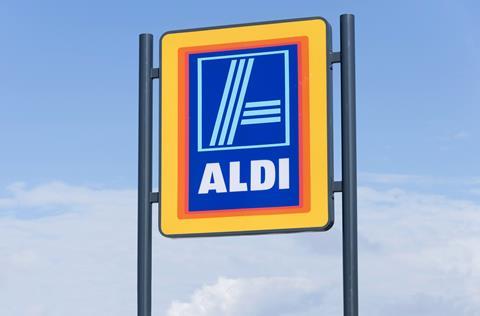 This means the UK’s fifth-biggest supermarket could end up with as many as eight branches in towns such as Watford.

With the UK’s population standing at 65 million, that would equate to 2,600 stores, which comes close to matching Tesco’s store footprint of 2,700 outlets.

“I think there is massively more potential than that,” he said, confirming that the grocer has 300 new sites already approved on its books.

Aldi and Lidl are currently the fastest-growing grocery chains in the UK, with sales rising at 18.3% and 17.8%, respectively, in the 12 weeks to April 23, according to Kantar data.

Barnes said Aldi’s business model enables it to “survive off a much lower margin than anyone else”. But last year Aldi reported a second consecutive year of falling profits after investment in price-cutting ate into its profitability.