German discounter Aldi has become the first ever supermarket to become an official partner of Great Britain’s Olympic athletes. 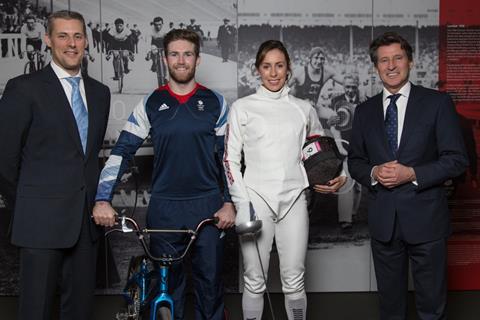 The grocer today revealed a deal to support Team GB in the build-up to and during the Rio 2016 Olympic Games.

The partnership, which comes as Aldi celebrates its 25th anniversary, will see the retailer work with the British Olympic Association (BOA) to deliver a range of sporting initiatives.

These will include youth engagement programme Get Set and Home-Grown Heroes, a programme aimed at connecting athletes with their local communities.

Barnes said: “Our partnership with Team GB is the perfect way to celebrate our landmark 25th anniversary in the UK and we are proud of the investment Aldi has made in Britain over the last 25 years.

“We are truly honoured to be supporting the extraordinary Team GB athletes on the road to the Rio 2016 Olympic Games.”

He added: “Aldi’s drive for excellence matches our own and we’re looking forward to working with them on our community and sporting engagement programmes, as well as supporting the athletes heading out to Brazil next year. Aldi is a growing, impressive brand in the UK and is a great fit with Team GB.”

Lord Coe added: “Everyone associated with Team GB is thrilled to have a partner which has so captured the imagination of the British public.

“They are a great and growing British employer and are championing British produce and suppliers. Their support is a huge boost in our efforts to get the nation inspired in the run-up to the Rio 2016 Olympic Games.”