Sales growth at discount duo Aldi and Lidl has hit its lowest level for five years as the big four fightback gathers momentum.

Aldi’s sales jumped 11.3% year-on-year in the 12 weeks to November 5, while Lidl’s increased 5.2% during the same period, according to the latest figures from Nielsen. 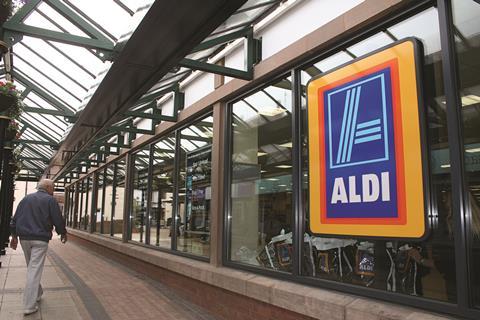 The discounters’ combined growth figure was the lowest since 2011, although their sales uplifts continued to outperform the rest of the grocery market, which grew 1.4%.

But the mainstream grocers are continuing to recover, Nielsen data suggests.

The four weeks ending November 5 marked the fourth consecutive month of growth for the big four in terms of both transaction values and volumes.

Revenues rose 1.1% compared with the same period last year. Nielsen said that was the best rate of growth since the end of 2013, excluding inflated Easter periods.

The big four’s sales volumes improved 0.3% during the same month.

It was the only member of the big four to register a sales uplift during the 12-week period.

Asda was again the worst-performing member of the big four. The Walmart-owned grocer’s sales slumped 4.9% during the 12-week period, Nielsen said.

Frozen food specialist Iceland was the fastest-growing grocer outside of the German discounters, as it enjoyed a 4.9% spike in sales.

Nielsen’s UK head of retailer and business insight Mike Watkins said it was “inevitable” that the discounters’ growth rate would plateau.

He said a combination of the slowdown in the rate of store openings from the discounters, the big four’s recovery strategies and a softening in the trend of consumers hunting for cut-price deals had sparked the decline in Aldi and Lidl’s rate of growth.

Rival data from Kantar Worldpanel revealed that Tesco grew sales at its quickest rate for three years during the 12 weeks ending November 6.

The supermarket giant’s sales advanced 2.2%, ahead of the 0.8% average for the rest of the market.

Kantar said Tesco’s upturn in fortunes has been spearheaded by its own-label proposition, with its Farm brands continuing to experience uplifts and its Finest premium range delivering 6% growth over the 12-week period.

Corroborating the Nielsen data, Kantar said Aldi was the fastest-growing discounter during the period, growing sales 10.2% in comparison with Lidl’s 6.1%.

Kantar found Iceland grew sales at a faster rate than Lidl during the period, as the frozen food specialist registered an 8.3% jump to take its market share back above the 2% mark.

Asda was again singled out as the worst-performing member of the big four, suffering a 5% decline in sales, while Sainsbury’s and Morrisons recorded 0.7% and 2.4% drops respectively.