Wiggle to appoint UBS ahead of potential float

Bikes etailer Wiggle is on the verge of appointing investment bank UBS to manage a potential flotation, it is understood. 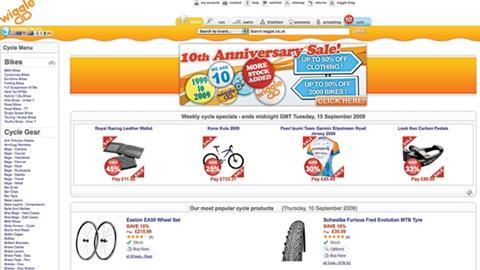 According to Sky News Wiggle majority shareholder Isis Equity Partners has not yet finalised the appointment, but it reported that the deal “is as good as done”.

The expected appointment of UBS does not mean a float is defintitely on the cards for Wiggle. Isis is still in discussions with bankers at Rothschild on a prospective sale of the company, which private equity firms Advent International, Bridgepoint Capital and Warburg Pincus are said to be interested in.

Wiggle could be valued in excess of £200m.

Sources told Retail Week that Wiggle was still mulling its options and could still choose either the sale or float route.

Wiggle has performed well in the downturn, with profits surging in its year to January 31.