TPG 'in advanced talks' over £120m deal to acquire Poundworld

TPG is reportedly in advanced talks to buy Poundworld in a deal that could be worth more than £120m. 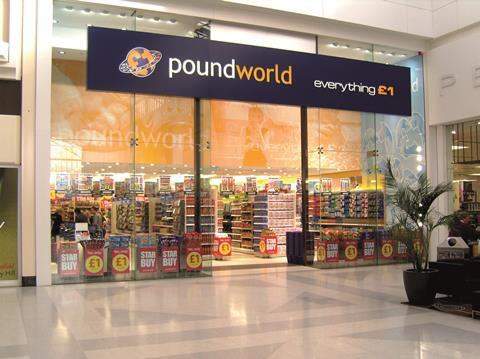 The US-based private equity firm has been in discussions to purchase the retailer for more than a month, according to Sky News.

It is understood that a number of other private equity firms, including Apax Partners and CCMP Capital, also held talks with Poundworld owner Chris Edwards but decided not to pursue a deal.

Former Asda chief executive Andy Bond is also thought to be interested in acquiring the chain as he prepares to launch fashion retailer Pep & Co this year.

Rivals Poundland, which announced a £55m deal to acquire 99p Stores last month, and B&M bargains have both listed on the London Stock Exchange during the past 18 months.

TPG bought a controlling stake in Victoria Plumb last year and was also part of the consortium that took Debenhams private in 2003, before re-floating it on the stock market three years later.

PricewaterhouseCoopers is understood to be advising on the sale.