The UK’s High Court approved the takeover yesterday, with the deal being finalised today, Poundland revealed in a filing. 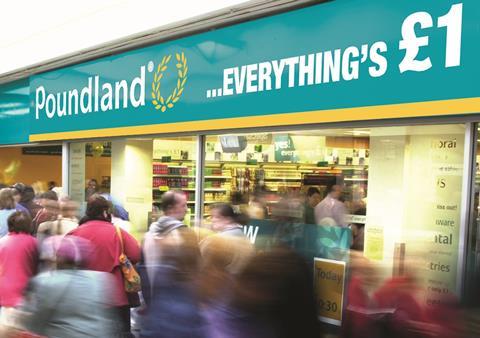 Poundland taken over by Steinhoff

Backed by South African billionaire Christo Wiese, Steinhoff suffered a scare in finalising the takeover after activist investor Elliott Capital built up its stake in Poundland.

The conglomerate – which also owns Bensons for Beds and Harveys – was forced to up its offer, but a challenge from the investors never materialised.

It is third time lucky for Steinhoff this year after failing to land Home Retail-owned Argos and French electricals retailer Darty.

Trading in Poundland’s shares on the London Stock Exchange have now been suspended.

Poundland’s non-executive directors, including chairman and former Carpetright boss Darren Shapland, have stepped down as a result of the deal.

However, as revealed by Retail Week, the value retailer’s chief executive Kevin O’Byrne is expected to stay after being offered a £2.7m share package by Steinhoff.

Steinhoff is expected to bring elements of its budget fashion chain Pep & Co into Poundland stores.