Shoppers are predicted to spend an extra £26m on Father’s Day this year as the improving economy helps restore consumer confidence. 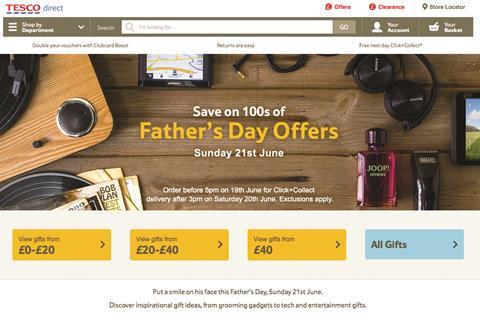 Analysts Conlumino are forecasting that UK consumers will spend £684m in the lead-up to this Sunday’s celebration, a 3.9% rise on last year.

Greg Bromley, retail analyst at Conlumino, said: “Not only are fathers going to benefit this year from the wider improvements in the economy, with increased spending on Father’s Day, but retailers are benefitting from it too as occasions such as these provide a reason to boost sales.”

A Verdict consumer survey of 2,000 shoppers this month found that 40% of UK consumers intend to buy retail goods for this coming Father’s Day, in comparison to 42% who bought gifts and cards for Mother’s Day in March.