Entrepreneur intends to grow the 96-store hardware retailer and tap into trend for convenience. 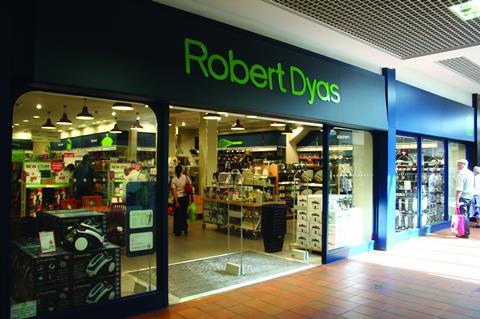 Paphitis, who bought the 96-store hardware chain for an undisclosed sum on Tuesday, said he acquired Robert Dyas because it “fits in with my view of the high street. It fits in with convenience – there is nothing more convenient than Robert Dyas”.

He added: “Consumers are spending money differently now, particularly with the internet.

Paphitis acquired Robert Dyas through his wholly owned company Gladys Emmanuel. Although he declined to say how much he paid, it is thought the deal valued the retailer at about £10m.

Robert Dyas had been owned by Allied Irish Banks and Lloyds Banking Group since a debt for equity restructure in 2009 following a difficult trading period.

Paphitis said: “Now it’s debt-free, the business has unburdened itself from being owned by a bank,” he said. “Now it can grow and we can get the right stock in place at the right time.”

He said that he plans to open “a couple” of stores each year but  there would not be a “massive change” to the portfolio. There would be no dramatic changes to the product offering.

Paphitis will become chairman of the retailer and will be joined on the board by Ryman group chief executive Kypros Kyprianou.

Robert Dyas chief executive Graham Coles will remain in his role. Chairman Geoff Brady and non-executive director Ian Gray are leaving the board.

Robert Dyas was put up for sale earlier this year and Cavendish Corporate Finance was appointed adviser. Pre-tax profit in the year to March 2011 fell from £2.7m to £1.9m.