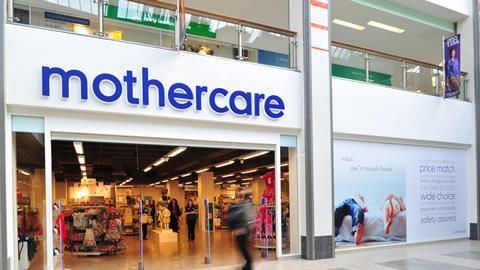 Mothercare Ireland has revealed it has successfully exited examinership but plans to close three stores in the country.

The retailer, a franchise of Morthercare UK, said that around 250 jobs will be saved a result of exiting examinership. The process allows a company to receive court protection to help it survive and restructure.

The retailer appointed an interim examiner in July as it looked to secure its future after facing “unsustainable rents”.

The restructure has led to a 30% rent reduction across its sites.

Mothercare Ireland will continue to operate 15 stores across the country but confirmed it is closing two shops in Dublin – in Blackrock and Jervis Street – and one in Limerick, at Cruises Street.

Mothercare said it hoped to redeploy staff across its existing stores.

Its parent company last week reported a 6.5% rise in sales in the 13 weeks to October.